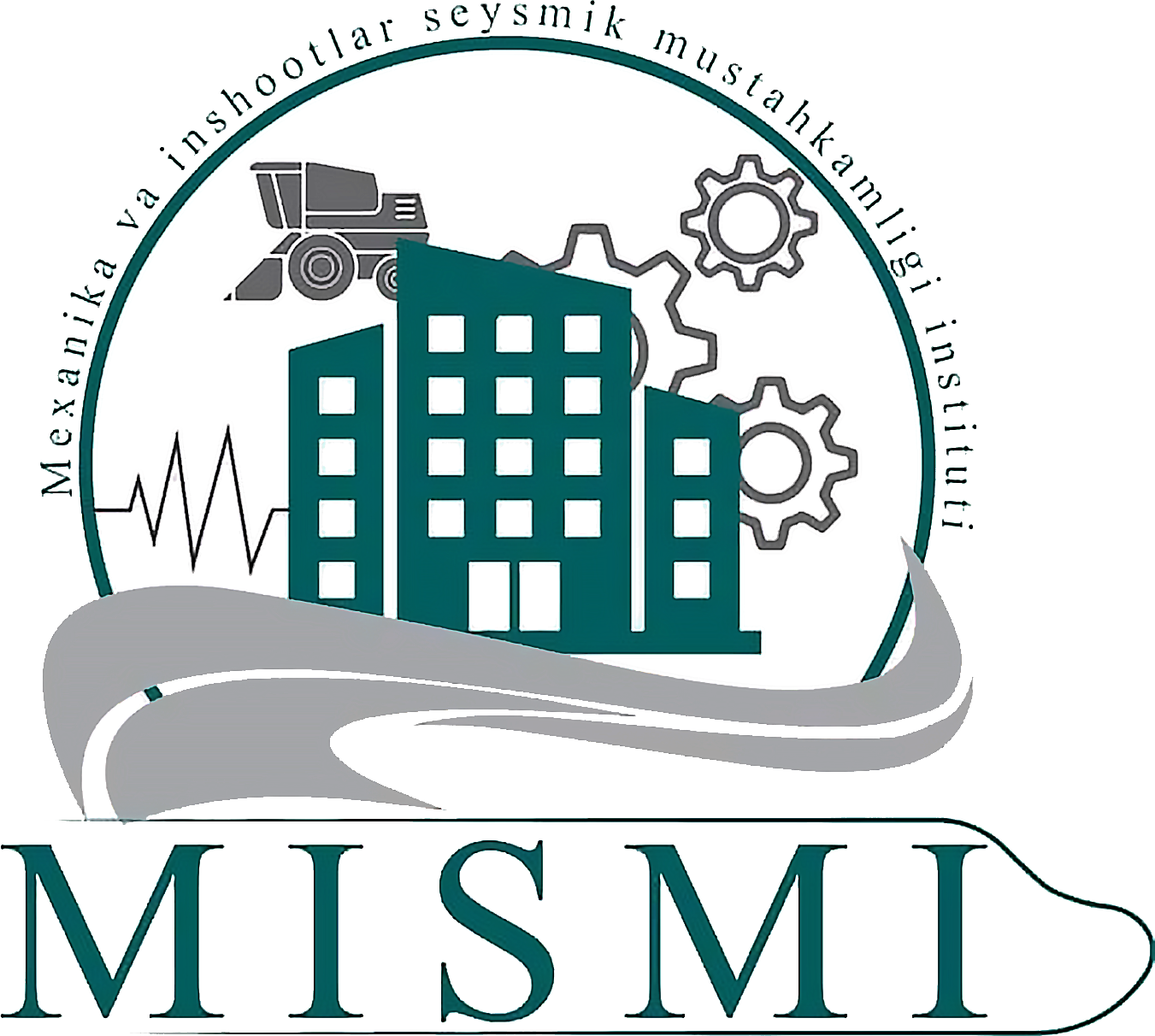 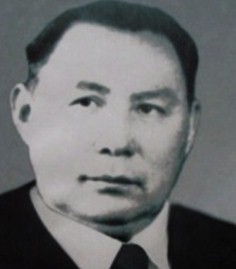 Academician of AS RUz since 1956, and academician of Academy of Engineering and Architecture, an outstanding mechanic, an honoured worker of science and technics of Uzbekistan, the winner of State awards of Uzbekistan and Russia. M.T.Urazbaev has founded a basis for development and has created a number of scientific schools in mechanics in the Republic: the general mechanics, mechanics of liquids and gases, mechanics of deformable rigid bodies, seismic stability of buildings and structures, mechanics of mechanisms and machines, computational mechanics, closely connected with actual problems of regions. He obtained basic results in areas: Theory of bend and torsion of thin rods, mathematical bases and hydrodynamic methods of solution of a problem of filtration in earth dams, mechanics of ponderable deformable thread, theory of calculation of shells of double curvature, dynamic theory of seismic stability of buildings and structures, theory of mechanisms and the cotton-harvesting machines, an estimation of durability of structures, development of standard and regulating documents. He was the first to analyze the law of the change of friction of a thread in various stages of movement (a flexible link of mechanisms), he formulated dynamic theory of seismostability of hydroelastic systems and investigated the effect of repeated seismic impulses on structures. 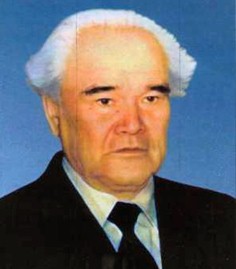 Academician of AS RUz since 1947, an outstanding mechanic, an honoured worker of science and technics of Uzbekistan and Russia, the winner of State awards. H.A.Rahmatulin had created the school of mechanics in Uzbekistan and obtained fundamental results in the following areas: theory of distribution of elastic and elastic-plastic waves, diffraction of shock waves dissipating in gas, the theory of a parachute and aerodynamics of permiable body, dynamics soils, motion of multicomponent media, etc. He had discovered special waves of unloading caused by irreversibility of the processes of plastic deformations. In literature these waves are called "Rahnatulin’s waves». He had brought an important contribution to the development of theoretical bases in modern parachute-building, in improvement of operational qualities of parachute systems of different function, including space technics. The theory of transversal impact was used for the calculation of cables of balloons of air blocking, widely used in defence. He was a founder of the theory of interpenetrating movement of multiphase media. He was the first to obtain a closed system of equations of a movement of mixture of several compressed phases, to analyze basic laws of distribution of waves, to present the bases of the theory of boundary layer in two-phase mixture. He was the first to formulate and solve the problem of supersonic gas flow containing solid and liquid particles. 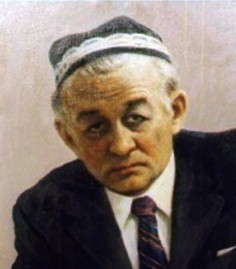 Academician of AS RUz since 1966, a distinguished scientist in mechanics, an honoured worker of science and technics of Uzbekistan, the winner of State award of Uzbekistan. V.K.Kabulov has created a specified theory and developed the methods of calculation of rods and shells, has developed an algorithm of construction of the front of propagation of waves of plasticity and waves of unloading for longitudinal, torsional and transversal oscillations of limited rods; has solved the problems of torsion of rods of noncircular section, high beams and cylindrical shells. He has constructed the wave theory of elastic and elastic-plastic plates and shells for a wide range of thickness-radius relations. He has carried out researches concerning dynamic theory of seismic stability of buildings and structures, the influence of higher forms of oscillations, the analysis of an internal friction under seismic influences. He has formulated basic concepts and algorithmization theories in cybernetics on which local systems of automated researches are created in solution of spatial problems of mechanics of a rigid deformable body, the engineering mechanics, processing of symbol information and the automated statement of classes of boundary problems of mechanics of continuous media. He has also realized a number of subsystems in the field of the theory of filtration which are successfully used in practice in design of oil and gas deposits, and systems for solution of problems of underground storage of gas.

Corresponding member of AS RUz since 1974, an outstanding scientist in mechanics. Z.F.Fajzullaev has developed the theory of hydrodynamics of multiphase systems which is widely applied in oil mechanics, biomechanics, in irrigation. On the basis of Landau-Rahmatulin mechanical model and A.A.Iljushin model of viscous-plastic media he has developed a hydrodynamic model of mixtures consisting of viscous-plastic, viscous and ideal media, possessing various rheological properties. This hydrodynamic model is called Rahmatulin-Fajzullaev model. With results of theoretical researches of a flow of viscous-ideal two-phase media he has shown, that ideal and viscous phases behave in a mixture, from kinematic point of view, as a viscous liquid. On the basis of theoretical and experimental researches he has recommended intra-soil irrigation, which provides considerable economy of irrigation water. He has studied hydrodynamic influences of magnetic processing on a liquid and a mixture and revealed the effect of acceleration of evaporation from a damp surface of a wet plate by means of magnetic processing. 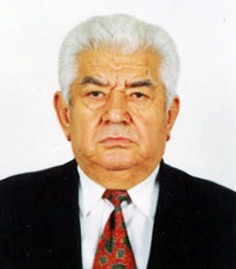 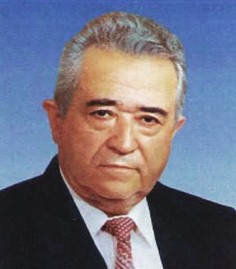 Academician of AS RUz since 1984, an outstanding scientist in mechanics, an honoured worker of science of Uzbekistan, the winner of State award of Uzbekistan, the founder of scientific school on theory of mechanisms and machines in Uzbekistan. H.H.Usmonhozhaev's basic researches concern the theory of mechanisms, machines and automatic transfer lines, the theory of lever and epi-cyclic mechanisms, the theory of cotton-picking machines, dynamics of machine units. He has created a device for the definition of a factor of friction, sliding, rolling and spinnings between elements of various kinematic pairs with account of humidity, temperature and structure. He has developed: the theory of stability of full picking of raw cotton and a technique of estimation of efficiency of cotton-picking machines; high-efficiency multi-roller gin with substantiated parametres; pneumatic and mechanical pickup attachments and new direct-flow cotton-picking device; the theory of napper machines with multitangent planetary mechanism. He has developed the theory of kinematic pair of dynamic structure and was one of the founders of a class of compound spindles of the cotton-picking device. On the basis of researches on the theory of processes of cotton-harvesting he has created "Universal device Epi-cypo-cyclograph". 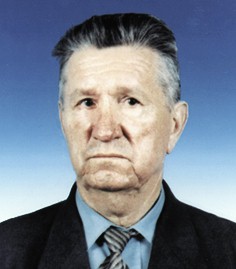 Academician of AS RUz since 1984, a prominent scientist and a founder of scientific school in the field of dynamics, durability and vibrations of machines. A.D.Glushchenko has developed a new technological scheme of harvesting device with repeated processing of cotton (MOKX), he has investigated the influences of vibrations of spindles, drum and strippers of vertically-spindle cotton-picking machines under loads in supports, has proved the parametres of vibration dampers, has improved the drives of spindles of cotton-picking machines, has developed the methods of design of mechanisms of a drive of spindles with new designs of belts, ways of increase of their reliability and durability which are introduced in harvest devices of machines 17 XV-1,8 and 14 XV-2,4. Highly effective, original technical solutions of harvest devices of MOKX type allowed to provide an increase in completeness of raw cotton picking, greater output of cotton fibre and yarn. These devices entered into six updatings of cotton-picking machines. He has developed the theory of vibrations and calculation methods on dynamic durability of traction of electric motors of diesel locomotives, methods of non-composite diagnose of their technical conditions. He has proved models of wear of wheel pairs of electric locomotives at interaction with rails and a rational profile of bandages, has developed design methods of maximum heat-mechanic stresses in surface lyaers and has proved rational modes of welding of zones of wear of crests of bandages of wheel pairs in electric locomotives of VL-80 type and diesel locomotives of TE-10M type, has developed instructions on strengthening of carts and elements of frames of the bodies of electric locomotives of series VL-60K and 2VL-60K which are introduced in depot "Uzbekistan" and ON "Uzjeldorremmash". 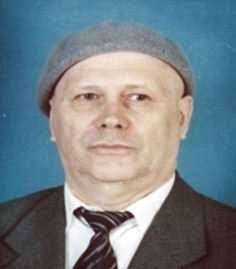 Academician of AS RUz since 1987, an outstanding scientist in mechanics, has founded scientific school, has created the theory of design and operation of wheel machines. He has created a new and improved existing directions in wheel machines guidance: the theory of hydrodynamics of steering controls; calculations of pressure sources of perspective hydraulic amplifiers, tyres. His inventions in the systems of steering, a hydrodrive, hydrosystem and front bridge of tractors are widely used. The hydrolock of the bunker invented by him increases labour productivity of cotton-picking machines, vibro-tribo-meter with high accuracy defines the degree of wear of material and is widely applied in practice. He has made the important discovery in the field of anti-wear properties of lubricants under friction, the less is oxygen in oil, the slowly is a wear process. He has developed the theory of accidents with reference to mechanics, mechanics of machines, dynamics of strongly nonlinear systems and interrelation of a noosphere and modern technologies. He was the first to begin researches on application of the theory of accidents and chaos in machine-building industry and mechanical engineering problems in studying and definition of limit modes of behaviour of dynamic systems. In mechanical engineering he used mechatronics – modern methods of research of mechanics and computer technologies, which allow to replace laboratory and field tests by the methods of numerical, seminatural and imitating modelling. 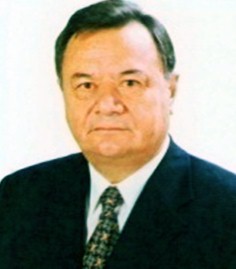 Academician of AS RUz since 1989, a prominent scientist in mathematics, an honoured worker of science of Uzbekistan, the winner of State award of Uzbekistan. T.D.Djuraev has created a scientific school in the Republic on differential equations with partial derivatives. He has brought a considerable contribution to working out of the theory of correct boundary problems for nonclassical equations of mathematical physics. He has carried out regular studies of equations of combined elliptiko-hyperbolic, elliptiko-parabolic and hyperbolic-parabolic types; and boundary problems with unknown line of changes of type for mixed parabolic-hyperbolic equations were stated and studied for the first time. He has received full classification of the equations of the third and fourth order and has specified the methods of their reduction to canonical form. He has studied correct boundary problems for the equations of the third order containing in the main part elliptiko-parabolic and parabolic-hyperbolic operators. He has offered a new method of solution of such equations, consisting in reducing of equation of compound or mixed-compound type to the equation of the second order with an unknown right part which represents an independent interest and is applied in a number of fields of mechanics. 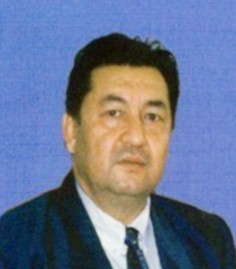 Academician of AS RUz since 1995, a prominent scientist in mechanics, the winner of State award of Uzbekistan. Ya.N.Mubarakov has developed seismodynamic theory of underground structures by working out theoretical bases of research of stress-strain state of spatial bodies, the area of its application depending on characteristic parametres of spatial model of design of underground structure and a seismic wave, on the basis of field experiments by means of large-scale underground explosions, durability and seismic stability of buildings and structures of different function are studied, parametres of interaction of underground cylindrical structures of a various configuration are defined under various soil conditions, estimations of seismic stability are made and models of calculation station and stage tunnels of Tashkent and Sofia Underground and Baikal-Amur highways are specified. He has developed a number of recommendations that are included in standard and regulating documents on construction of buildings and structrures in seismic areas.